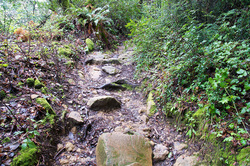 The Redwood National Forest is mostly underlain by Franciscan assemblage, mostly containing sandstone and mudstone. It consists of rocks that have been sheared and lifted from the ocean floor as a result of the Cascadia Subduction Zone. 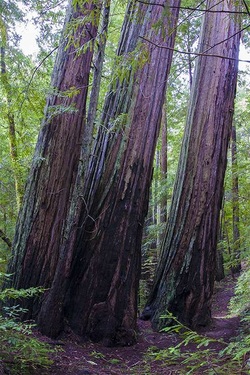 Earthquakes are very common within California, so it is no surprise that they are present within Redwood National Park. This area is prone to have more seismic activity than anywhere else in the United States. Three tectonics place, North American, Pacific, and Gorda, meet off the shore of Cape Medocine, 100 miles southwest of the park. Most of the earthquakes are small, but in the 1990s, nine earthquakes reached about 6.0 on the Richter Scale.